Long-term Use of Antidepressants Linked to Increased Heart Disease 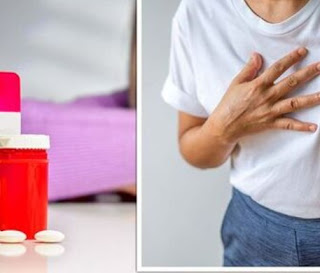 Antidepressants have been an unbelievable discovery of modern medicine, yet they may come with a caveat as long-term use of antidepressants could increase the risk of heart disease, according to a new study, however experts have warned people not to stop taking the drugs.

Researchers at Britain’s University of Bristol found “concerning associations” between taking the pills over 10 years and increases in heart disease, death from cardiovascular disease and earlier death from any cause.

The researchers said they could not be sure it was not depression itself pushing up the risks of heart issues, which was echoed by other experts who said people should not be alarmed by the findings.

They also looked at four other antidepressants: mirtazapine, venlafaxine, duloxetine and trazodone. Published in the British Journal of Psychiatry Open, the data included 220,121 people from the U.K. Biobank aged 40 to 69 whose general practitioner records could be examined. Just over half were women. SSRIs were the most commonly prescribed antidepressant – around 80%.

People taking antidepressants were compared with those not on the drugs. Following up after 10 years, those on SSRIs had a 34% increased risk of heart disease, an almost doubled risk of cardiovascular death and a 73% higher chance of death from any cause. For the other antidepressants, all the risks were around double.

The researchers said: “Antidepressants, and especially SSRIs, may have a good safety profile in the short term, but are associated with adverse outcomes in the long term.

“This is important because most of the substantial increase in prescribing in the past 20 or more years is in long-term repeat prescribing.” The study also found that antidepressants, and particularly SSRIs, were associated with a 23% to 32% lower risk of developing high blood pressure and diabetes, though more research is needed.

The experts sought to control for factors that could influence the results, such as preexisting issues that increase the risk of heart disease.

Dr. Narinder Bansal, the study’s lead author, said people should not stop taking their drugs suddenly and should speak to their family physician if concerned.

She added: “While we have taken into account a wide range of preexisting risk factors for cardiovascular disease, including those that are linked to depression such as excess weight, smoking and low physical activity, it is difficult to fully control for the effects of depression in this kind of study, partly because there is considerable variability in the recording of depression severity in primary care.

“This is important because many people taking antidepressants such as mirtazapine, venlafaxine, duloxetine and trazodone may have a more severe depression.

“Further research is needed to assess whether the associations we have seen are genuinely due to the drugs, and if so, why this might be.

“Meanwhile, our message for clinicians is that prescribing of antidepressants in the long term may not be harm-free.” She called for “proactive cardiovascular monitoring” in patients who are on antidepressants long term, “given that both have been associated with higher risks.”

Dr. Glyn Lewis, professor of psychiatric epidemiology at University College London (UCL), told the PA news agency that people should not be “alarmed or worried” by the findings, or stop taking their medication. He said the study could not conclude whether it was depression increasing health risks or the use of antidepressants.

“There is a lot of evidence, from other research, that depression is associated with increased cardiovascular disease,” he said.

“Clearly, there’s behavioral things (associated with depression), where people might not look after themselves as well, and there may also be hormonal changes and metabolic changes which might increase risk of physical illnesses in the longer term.

“Without a (randomized controlled trial), it’s always going to be really, really difficult to make any inference about whether it’s antidepressants or the depression leading to these kinds of associations.”

Dr. Lewis said experts should remain alert to the possible long-term effects of antidepressants as they are a commonly used drug, but he added: “We wouldn’t want people to stop their medication on the basis of this kind of result.

“These results on their own should not lead to people thinking they should stop their antidepressants. This kind of study isn’t robust enough to be able to make that kind of conclusion.”

Dr. David Osborn, professor of psychiatric epidemiology at UCL, said: “We have known that depression and anxiety are associated with raised rates of cardiovascular disease for many years.

“This explains the findings in this interesting paper but there is no evidence here of a causal role for antidepressants. Proving causation would require more elaborate research methods. “However the paper highlights that people with depression should receive holistic treatment including their physical health.”

Professor Martin Marshall, chairperson of the U.K. Royal College of GPs, told PA: “Existing evidence shows that antidepressants can be an effective treatment for the distressing and often-debilitating symptoms of anxiety and depression when used appropriately.

“GPs are highly trained to have open and sensitive conversations with their patients, and when discussing mental health concerns they will consider various treatment options based on the unique needs of the patient, and if prescribing antidepressants, it will generally be at the lowest dose and for the shortest amount of time.

“This is an interesting study and as outlined by the authors, further research is needed in this area.

“However, it’s really important that patients do not stop taking their prescribed antidepressants as a result of this research, but if they are concerned, they should discuss this at their next medication review.”

Professor Carmine Pariante, from Britain’s Royal College of Psychiatrists, said: “The most important finding from this study – and one that we fully support as psychiatrists – is that the use of antidepressants should be reviewed regularly, and multiple attempts should be made to stop them after prolonged periods of established well-being.

“Long-term use of antidepressants should only be considered for people that have recurrent depression and repeated, severe relapses after stopping antidepressants.

“For those patients, the beneficial effects of continuous use of antidepressants are more likely to balance the potential risks.” Figures published in July by the U.K.’s National Health Service (NHS) showed that 8.3 million patients received antidepressants in 2021/22 in England, a 6% rise from 7.9 million the previous year.

In 2019, research looking at around 1,000 existing studies, published in JAMA Psychiatry, concluded that antidepressants are generally safe.

Plastic and aesthetic operations can be offered so cheaply in Turkey because Turkey’s general wage costs are lower than in Europe. Therefore, professional services from experienced plastic surgeons come at a lower price. In addition, Turkey is a reliable country for Plastic Surgery, for example, in cosmetic surgery clinics, patients are examined before surgery and drug therapy is administered to prevent complications.
With the highest number of JCI-accredited health facilities, medical tourists to Turkey are assured of high quality infrastructure and services by these hospitals and their medical staff. Plastic Surgery in Turkey istanbul
Antidepressant Use and Risk of Heart Diseaseheart depres
Share FacebookTwitterReddItWhatsAppPinterestEmailFacebook MessengerLinkedinTelegramVK

Arm Lifts – Everything You Need to Know

ALL ABOUT THE MOST PERFORMED SURGERIES IN TURKEY

HOW TO AVOID A HANGOVER

HOW TO LOOK YOUNGER PERMANENTLY?

WHICH TATTOO REMOVAL TECHNIQUE IS THE BEST?

I WANT TO LOOK LIKE ANGELINA JOLIE ALL SURGERIES AND PROCEDURE

BROW LIFT EVERYTHING YOU NEED TO KNOW ABOUT

DIOR NEW POWDER NO POWDER YOU SHOULD KNOW ABOUT

SKINCEUTICALS C E FERULIC EVERYTHING YOU SHOULD KNOW ABOUT

LIP LIFT: AESTHETIC TOUCH BETWEEN THE NOSE AND THE LIPS IN ISTANBUL TURKEY